Matcha Green Tea has been getting a lot of press the past few years, not surprising considering the continuous river of health benefit claims that are reported ... then verified in study after study.

Before we start talking about Matcha Green Tea as an upscale ingredient for the professional Chef and “enlightened food enthusiast” (foodie …) let me cover the basics.

Tea is made from the leaves of the Camelia Sinensis plant, arguably one of the planet’s most valuable crops. Actually, Tea is the 31st biggest crop in the world, with predictably Mainland China producing a third of the world’s tea (2012 FAO statistics). You can break down Tea into the following categories (chart thanks to cookingwithjapanesegreentea):

Over 70% of all Green tea is “Sencha” green tea, which mean the leaf itself is carefully grown, picked, and used for the beverage we know as ‘Green Tea’, the most popular drink in Japan. Matcha is only 2% of the Japanese green teas.

Green teas are a very small part of the global tea harvest and Matcha Green Tea is a microscopic sliver of even that volume. Matcha only comes from Japan.

The leaf itself is an ingredient … you are drinking the tea itself.

Which brings us all to the reality of Japanese Matcha Green Tea: it is the carefully raised, fanatically protected, dutifully processed, and surgically ground green tea powder.

So Much More than a Beverage:

This is the tea of Japan, with a culture bordering on religion, the main physical ingredient of the the famous Japanese Tea Ceremony. Rather than write 1,000 words extolling the obvious virtues of Green Tea, I urge anyone to read Okakura Kakuzo’s classic “The Book of Tea” which was first published in 1906 and never been out of print … quite an achievement for any book. Okakura calls tea “The Cup of Humanity” and if you have ever tasted quietly a cup of excellent green tea, the flavour and benefits of the drink make this description apt.

Tea, after all, was a medicine in the beginning, recorded in China as far back as 1,000 BC … the legend even further. Tea as a drink spread, becoming popular as a beverage, then elevated to its quasi-religious standing as a aesthetic “state of being”. Crossing cultural barriers easily it is today (after water) the most popular drink in the world. China, India, England, and North America all conquered by the tea leaf, and for good reason. Tea is excellent for your health. 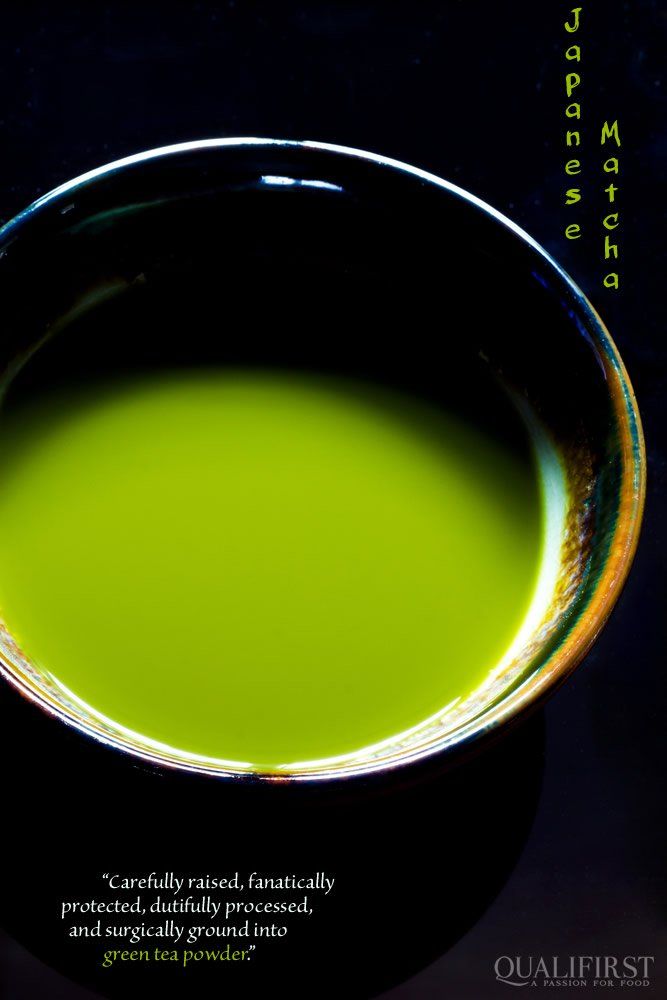 You are drinking the Tea leaf itself

How to produce an amazing result:

It starts at the tea plantation and the carefully nurtured tea plants in Japan. Matcha is made using shade-grown tea leaves. Several weeks before harvest (in May) the tea bushes are protected from direct sunlight with literally a thatch roof created over the entire tea field. Sheltered from direct sunlight, the growth of the leaf slows, becoming tender, and the shade stimulates the production of more chlorophyll in the tea leaf. This is why high quality green tea is so dark green, The green tea leaves also produce amino acids such as L-Theanine, currently a hot research topic linked to improved cognition.

Only the best tea buds are harvested for Matcha. Picked by hand they are rushed and steamed for about a minute at the boiling point of water or slightly less. The cooked vibrant green tea leaf, now hot & wet, is placed in the rollers of an roasting oven which dries the leaf. The steam method is particular to Japan. After about 30 to 45 minutes, the leaf is transferred to cool in another set of rollers for about 15 minutes or air-dried dropping into cooling rollers. This roasting and cooling is repeated.

The tea leaf is now known as “tencha”. It is de-veined, de-stemmed, then stone-ground to make the brilliant green Matcha tea powder. The grinding is done very carefully, taking up to an hour to produce 40 grams of Matcha.

The green tea that does not make the grade for Matcha becomes “gyokuro” aka “Jade Dew Tea”. This is likely what you drink in Japanese restaurants.

What I have described is the way artisan Matcha is made. This grade would be too expensive and the quantities insufficient for the demand of Chefs if made by hand … so what happened is that in Japan the artisan methods were industrialized to make Matcha tea to the same standards with the same techniques, but mechanized. I admire the fact that the production standards are not compromised. For example instead of making a huge grinding machine, mechanization involved hundreds of small stone mills grinding away, duplicating the hand grinding.

The best video detailing the traditional way Matcha is grown and made in Japan is here.

What gives Green tea in general and Matcha in particular its healthy properties? In one word “Catechins” or GTC which stands for (logically) “Green Tea Catechins”.

All tea has a number of active Phenols and Polyphenols but in green tea the predominant phenols are Catechins. Now we can get really technical here but it is enough to understand that 25%+ by weight of the green tea leaf is made up of Catechins and researchers around the world are studying this. The news keeps being good and it is pretty clear that a daily cup of high quality green tea is the smart lifestyle choice.

By the numbers, Matcha has:

The green Matcha powder has not escaped the eagle eye of the professional Chef. From Green Matcha ice cream the ingredient use of Matcha has exploded. Desserts, cocktails, main courses, even Matcha Donuts (!!) exist. 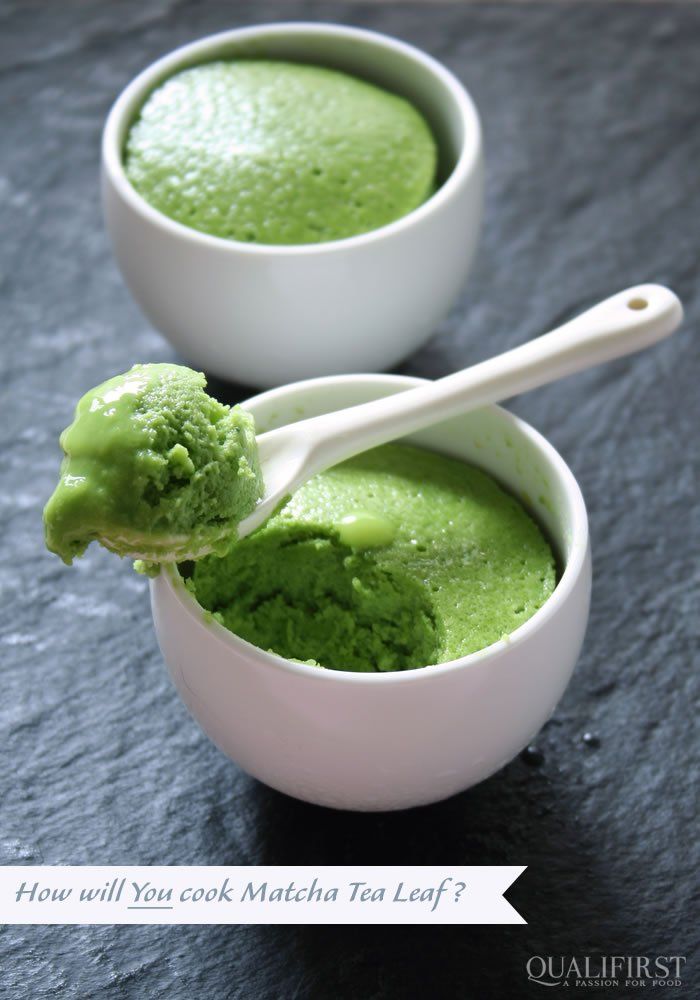 The Qualifirst Matcha is retail-sized but it is amazing to realize that that 30 grams took almost an hour to grind.

The reality of quality means that in Japan a labourious manual process to make Matcha green tea was mechanized without compromising quality allowing volumes of this amazing antioxidant-rich ingredient to reach the Chef and the consumer.