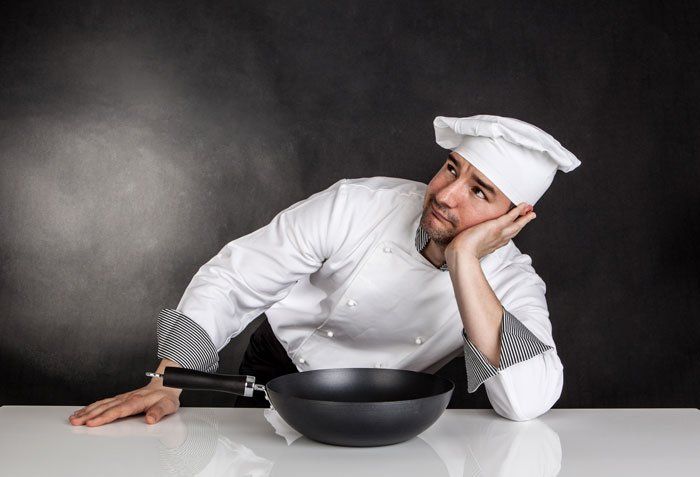 The Kiss of Death:

This is a fundamental blind spot in the culinary industry: not appreciating the importance of menu construction. Chefs know that creating a menu is critically important and requires an entirely different mindset from being in the actual kitchen. Restaurant investors without training are – generally speaking – clueless about the importance of the menu and without the skills to create on.

Over the decades I have seen many top restaurants sold to wealthy investors and predictably, either the investor, wife, or assistant actually dare to suggest menu items for that critical part of a successful restaurant, creating: the menu. This interference is almost universally the kiss of death for the restaurant.

The executive Chef tries to explain, the investor thinks the menu is a toy, and the restaurant dies most of the time … tragic. It all comes from a lack of appreciation of the importance of menu creation and thinking it is easy.

Menu creation requires the respect and time it deserves because when art meets science, the wait is always worth the result.

Modern neuroscience has debunked the idea that people are ‘left-brain dominant’ or ‘right-brain dominant’ by proving (using brain imaging technology) that we use all parts of the brain. That said, when a Chef designs a menu, both hemispheres of the brain will light up because the process is involves imagination and hard facts.

Not all menus actually work, in exactly the same way that all decisions do not work: the Spotlight Effect is hard at work. The spotlight effect skews a menu by restricting critical data from the Chef’s decision-making process, excluding some data and over-emphasizing other data.

The old age retirement homes nearby:

By taking into consideration a local source of patrons you can profitably fill ten to twenty seats a night and add weekly special events for birthdays and family visits. Menu planning means an earlier seating because late night dinners are not part of retirement lifestyle and a much cheaper fixed menu that is generally lighter. The profit comes from the fact that the portions are smaller by design and none of the patrons will complain. The menu has to be tactfully named (light menu) to warn patrons expecting normal portions and has the added benefit of fitting another important segment: women that are serious about losing weight and who dine out. The front of the house can contact the retirement homes one by one to build up business. Business that is not visible but can be tapped with a strategic menu is the most profitable and most ignored element in menu planning.

This is an important distinction: The Chef gives the front of the house the tools to manage the regular customer. Putting Sheppard’s Pie on the menu because only one regular loves it is a mistake. Why? Consider that the other regular is into Charcuterie, another regular loves trout, another loves eels … you get the idea … the menu will be a disaster, a collection of oddities. Don’t stop making Sheppard Pies, one a day, and ask the patron to call ahead to make it specially.

One clever restaurant froze Sheppard pie filling making mini pies as compensation as an amuse bouche for their regular patron the days he showed up and there was no Sheppards Pie available. Never underestimate the importance of the regular patron. We are rapidly approaching the time when regular customers will Tweet a request to their favourite restaurant allowing the Chef to order the ingredients for the special order.

Before dropping back into our subject of menu construction, facts about regular patrons:

An excellent article about repeat customer profitability and strategies for getting them or growing them.

Back to Menu Construction:

There it is … I said that word: profit, aka ‘food cost’ to the professionals. I am going to talk about food cost later at the end because menu planning does involve food cost, of course. I am completely against this weird idea that food cost should be used as a weapon by the incompetent (management untrained in the culinary industry) to brow-beat professionals (Chefs). More on this later.

The range and complexity of a menu depends on only one thing: The Kitchen Team. I have seen very smart Chefs trim down their menus when half their kitchen brigade has left for work elsewhere forcing the hiring of apprentices that need on-the-job seasoning. This is experience at work. As the Brigade in the kitchen gains momentum and skills the Chef expands the menu range and complexity.

With a new Kitchen Team needing to be trained, the Chef generally uses the daily specials to train the team. Customers are generally in for a treat when this kind of training is on because the specials tend to be outstanding. The Kitchen Brigade is under pressure – granted – with both production and learning pressures but apprentices are there for precisely this kind of training.

A little used element of menu construction is brigade contribution, which tackles an important part of a professional kitchen: morale. A professional Chef is – by definition – confident in their skills and authority (the universal rule being that the Chef is the Chef, just ask the Chef). Asking the Brigade to submit dishes for inclusion in the menu once a month is a smart move. I have seen this at work successfully with one caveat, where any selected dish has to prove itself as a special a certain number of times. Pride of craft and practical results guide the result.

Trends are important in menu creation but only in as much as they impact the restaurant’s core customer profile. If you are in a trendy, gluten-free consumer zone then offering that as an identified menu facet makes complete sense.

Bacon is a significant trend and you see bacon popping up in the oddest menu items (like Caesar Salad and Ranch dressing, both of which technically have zero bacon in them).

The vegetarian trend is underway and looks to be powerful and long-term so you see the cool grains like Freakeh and Quinoa (which is not really a grain but …) gaining a major foothold in menus due to demand.

Sooo … we are back to that word “profit” and the concept of food cost. As mentioned previously (worth stating again): ‘food cost’ is not a weapon, it is a measure.

Over time it has become the chains used to bind the professionals in the kitchen instead of a generous fence to limit excess. So where is the benefit to the restaurant to unchain the kitchen from rigid food cost controls?

The answer is traffic and capacity. If a restaurant has – for example – seating to accommodate 150 in three seatings but actually accommodates 90 in 2 seatings, then restaurant management has a powerful tool at its disposal to loosen the food cost to accommodate a growth in traffic.

In an all encompassing phrase:

Stop slinging the cheapest possible and move to the healthiest, tastiest, & most beautiful menu.

Giving the Chef leave to buy better and yes … more expensive ingredients addresses health and taste. Gourmet items that make the difference in a dish are a microscopic percentage of food cost, something I have proved ad nauseum over time.

The big items in food cost are labour, protein, and vegetables.

Buying a better olive oil will hardly be felt but if it brings in even a few extra customers per week more than pays for itself.

It is true that a chicken breast with stock sauce will cost less than a chicken breast with a stock sauce tinted with Saffron but the reality is that Saffron tastes better, looks better, and has the same labour cost to produce. The cost per portion of chicken for the Saffron? Ten cents maybe maxing out, probably less if a tea of Saffron is used. A professional Chef having used Saffron keeps it in his office dosing it out sparingly because a Chef deals with ingredients like this all the time. The manager or accountant without culinary experience facing 10 grams of (real) Saffron for $90 is having a coronary.

It takes a ridiculously small number of extra customers to cover buying a few key higher-quality ingreients and it is those ingredients that make a new menu work. Food cost is an economic straitjacket that restricts the Chef from constructing a menu that will not only make a profit … but grow the customer base and that is the name of the game … grow the business.