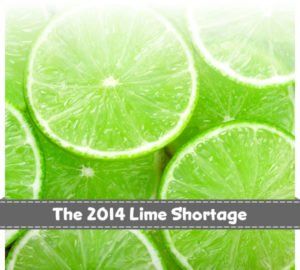 Today we are going to talk about limes, that ubiquitous green cousin of the lemon that is one of the foundation stones on Mexican Cuisine. The shortage of limes and the insane prices limes climbed to across North America has a number of reasons, but let us start by learning a little about this citrus fruit.

A bit of History:

It surprises people to learn that limes originated in Persia, in an area roughly centered on south eastern Iraq. Limes migrated by farmers via the caravan routes from Iraq to India, through the Middle East to Africa, then to Sicily. From Sicily limes moved into Spain and via the Spanish explorers, the West Indies, which then in turn spread limes into Florida, South America, Mexico, and eventually to California due to the Spanish colonial presence there.

There are many different types of lime but the one we all would recognize is called the “Persian Lime”, which is seedless thanks to the efforts of a Californian farmer John T. Bearss who in 1865 developed the seedless variety in his nursery.

This fruit is (literally) loaded with vitamin C, less than lemons but still a lot. The famous “Key Lime” refers to the limes from Florida and the Florida Keys, which are smaller and grow on really thorny trees. Pardon the pun but this lime is the “Key” ingredient for the famous American dessert, the “Key Lime Pie”.

Today the seedless Persian Lime is the king.

The British Navy used Limes extensively in the 18th & 19th centuries to improve the taste of the daily “Tot of Rum”, also called “Grog”, given to British sailors. 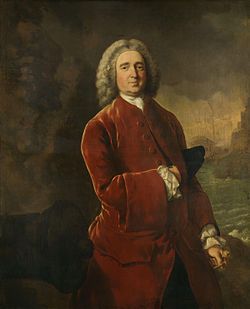 When did this start and who is responsible for this? Admiral Edward Vernon.

This 18th century British Navel officer continually improved the British navy with innovative regulations. In the summer of 1740 he issued his Captain’s Order #349 ordering that the sailor’s Rum ration be diluted with water to reduce drunkenness (by sailors hoarding their rations, then drinking them all at once … ha ha). Needless to say, the Admiral was not very popular with the average sailor after that date.

As you can imagine, fresh water kept on ships in wooden casks for a few months tended to get ‘stagnant’. It was worse than that with the water getting quite foul, sometimes almost solid with algea. To make the water palatable and improve the taste, lemon juice, and later lime juice, plus sugar was added. This lime + water was used to dilute the Rum and the resulting drink was British Grog, which is (humorously): Rum, bad water, sugar & lime juice

Admiral Vernon’s sailors were markedly healthier than the rest of the navy at the time because of the then-unknown benefit of the lime: Vitamin C. This health anomoly puzzled the British Navy. Other fleets on long maneuvers would experience crippling illness and death from Scurvy. Admiral Vernon’s fleet had almost none. The lime juice was the secret, Seven years later Scottish naval doctor James Lind would formally prove that Scurvy could be treated by consuming lemons and limes. Lime-laced “Grog” was thereafter served to every sailor in the navy on a daily basis.

So basically most British sailors have been drinking lime juice in Rum daily from 1747 to July 31st, 1970 when the tradition of the daily tot of rum was stopped. The Royal Canadian Navy waited another two years, abolishing the “Tot of Rum”, as the Rum ration was known, in 1972. The New Zealand Navy did away with Rum rations for seamen in 1990. The U.S. Navy abolished the Rum ration in the late 1800’s.

For the trivia fans, the word “Grog” comes from the fact that Admiral Vernon wore a “Grogham” cloak, which was a stiff fabric of the time made of silk and wool mixed with gum and fairly waterproof. The Admiral picked up the nickname “Old Grog” and the drink he forced every seaman to quaff daily became called “Grog”.

It is not unusual to hear British citizens called “Limey” and this term comes directly from the lime use by British sailors in the 1850’s. This term is still in general use but probably not very polite 😉

Back to limes ,,, Limes have a pervasive, fragrant, spicy aroma prized by the food industry. Florida used to provide another lime (this one with seeds) called the “Key Lime” but after a hurricane destroyed most of the Florida lime plantations in 1926, they replanted with the seedless limes (Persian Limes) we know today.

Replanted … Great … sounds like a happy ending for Florida limes … except that hurricane Andrew visited Florida in 1992 and destroyed most of the lime plantations again! Later an agricultural eradication campaign to fight a fruit tree canker in 2002 – 2006 finished off most of the Florida lime industry.

California is growing limes, but with just under 400 acres of limes planted, they are not even on the radar for this growing, high-demand crop.

This is why most of the limes in North America come from Mexico. One of two major Mexican states producing limes is the state of Michoacán in the country’s southwest.

Last November serious rains in Michoacán knocked the blossoms off the lime trees, cutting the harvest there by two-thirds, which started the price increase. Then there are the drug cartels. Yes … Mexican drug cartels in the area (one known at the Knights Templar) are muscling into the lime business, as they are doing to the avocado and Mango businesses. As southern California journalist Gustavo Arellano reports:

Workers sort through key limes at a packaging house in Apatzingan, Michoacan.

So what they’ve done over the last couple of years, is that, if they’re nice, they put humongous taxes on the farmers. If they’re not nice, they just kill farmers and take the land and take over lime production themselves.

This crime put even more pressure on the price, sending the cost of a lime sky-high to over a dollar a lime. Trucks of limes started getting lime-jacked before reaching the Mexican border. Press started using the term “Limepocalypse” and enterprising U.S. citizens started driving their trucks to Florida, loading up with limes, and driving north doubling their money even after expenses. In New York, patrons started bringing limes from their own private stash to have their favourite cocktails made. Lime crazy.

Luckily, lime plantations in the state of Veracruz in eastern Mexico are ramping up production. The lime farmers of Michoacán in western Mexico have formed armed militias to defend themselves from the cartels, supported by the Mexican army. So much drama for that slice of lime in your cocktail! 🙂 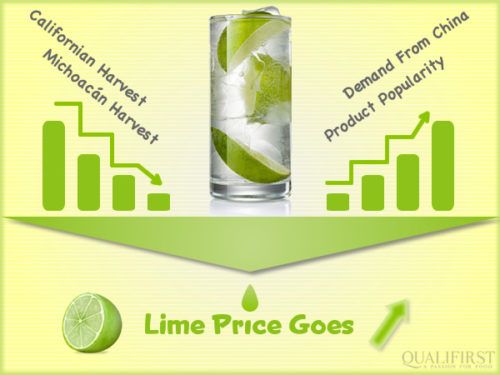 As the current lime shortage eases, the price should abate but demand from China and increased popularity of culinary dishes that use limes – for example Ceviche – mean that it will never become a cheap commodity for a while. 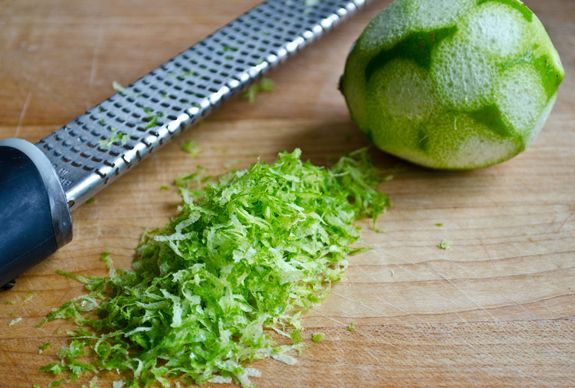 You know that limes are going mainstream when media recipes for chicken skewers have lime as an ingredient. The zest of a lime has a knock-you-out intensity that your nose will instantly acknowledge and your taste buds will give a standing ovation to.

For an trendy & interesting recipe that really works: Honey, Lime & Sriracha Chicken Skewers from onceuponachef.com is a great summer hit.

For an trendy & interesting recipe that really works: Honey, Lime & Sriracha Chicken Skewers from onceuponachef.com is a great summer hit. 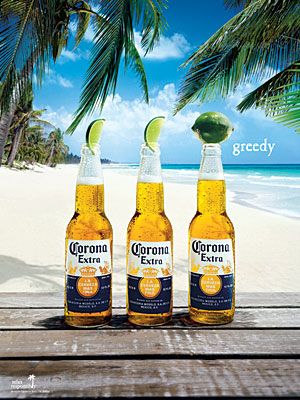 So limes taste great. They are an international fixture for the Corona Beer to the point that if you do not bring

limes with the beer you are stigmatized as a heathen. One of the five key ingredients for the superlative Mojito (lime juice, sugar, mint leaves, white rum, and a good soda), limes are the backbone of this drink.


Are limes good for you?

Aside from the excellent source of vitamin C, limes are slightly better Calcium sources than lemons with less sugar per weight. It is hard to go wrong with limes.

In a Chatelaine article of a year ago, the lime was elevated to God-like status in their excellent article “Five health benefits of limes that can reverse the signs of aging” so this ingredient should be one for regular consumption if possible. People lime up to get this fruit 🙂

There is one small downside and this only for people that handle a LOT of limes with their hands: phytophotodermatitis. Quite a mouthful but it means that when someone handles a lot of limes, the skin becomes photosensitive. In sunlight the skin blisters and swells. It is also called the bartender’s disease because bartenders handle a LOT of limes. Most people are completely safe. 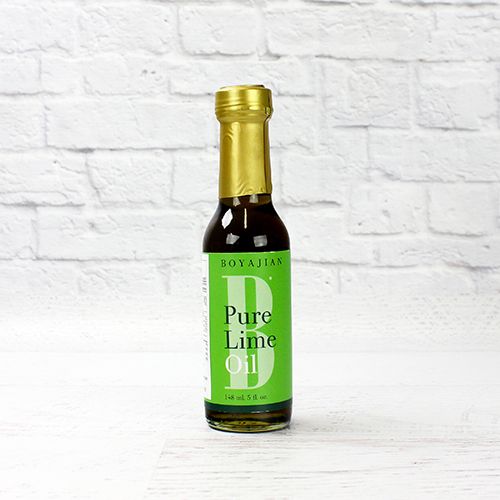 Qualifirst sells 400-limes-in-a-bottle, an intense lime oil, which brings the intensity of limes to a kitchen in the form of a small 150ml bottle. Although French pastry Chefs will whisper “heresy” I have made lime Madeleine’s and they are delicious. The classic Madeleine is made with lemon zest.

Ageless cocktails made with lime include the Gimlet (Gin or Vodka & lime), the Moscow Mule (Ginger & lime), Cuba Libre (Rum & lime), the Brazilian Caipirinha (Cachaca & lime), the Mai Tai, and the list goes on and on … Limes are also regularly zested for drinks of all kinds

So today Bar Experts are taking their craft to new highs, tapping their phenomenal memories to blend exact ingredients, in the right order, in the right amounts, using an assortment of techniques that make the cocktail approach art as opposed to “just a drink”. All this done quickly, in minutes, with a little flair because the customer is close by, watching every move. The key ingredient – the lime – is never far away.

Although the lime market has had a tough time of it recently, the reality of the quality is the seedless Persian Lime developed in California in 1865.

Many thanks to Lauren Mote from the UVA Wine & Cocktail Bar in Vancouver who brought “the great lime shortage” to my attention, allowing me to bring the amazing history of the lime to my Blog.

Next week a fascinating fine food which is little-known but amazing.

“Yves, I have really appreciated your words of wisdom! I love your articles, keep them up, they are wonderful!”