We hear a lot of talk about "Pink Salts", some of it interesting, some fascinating, some utter BS, and sadly some just fraud ... so here is the 'straight scoop' on Pink Salts:

What attracts people to “Pink Salt”? We can talk (briefly) of the effect of the colour pink on people, using the little-known study of “Colour Psychology” which studies how colour acts as a factor in human behavior. You can read more about this on the link provided, which includes the use of the colour pink as a soothing and calming paint choice for prisons.

It is generally accepted that pink as a colour is seen as calming, relaxing, and soothing … also romantic. Studies have shown that pink evokes feelings of sophistication and sincerity.

With the colour out of the way, let us talk salt, specifically Pink Salt.

We are going to be talking about seven items: 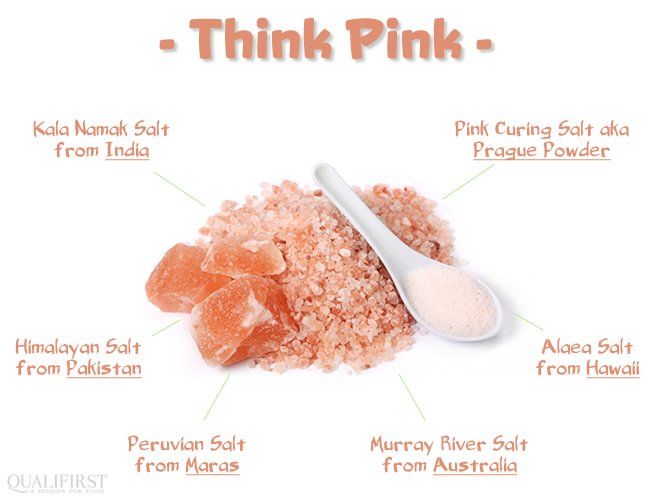 It is actually not mined in the Himalayan mountains, but in Pakistan, specifically the Khewra Salt Mines, which have been a source of salt since before Alexander the Great.

The salt deposit is – not surprisingly – the remains of an ancient ocean roughly 250 meters above sea level and immense in size but hardly “in” the Himalayan mountains. Mount Everest is 8,848 m high, as a comparison.

The name stuck though and this salt has the name of the mountains 300 kilometers to the north of the mine.

By the way, this mine covers some 43 square kilometers underground and receives over a quarter of a million tourists each year. The attraction is the salt galleries & carvings in the mine since the salt is extracted using the “Room and Pillar” method which results in stacked halls. Sort of like the underground halls of the Dwarf kingdom popularized by the recent movie “The Hobbit”. Not as grandiose and epic as the movie’s special effects, but the galleries are nevertheless stunning. 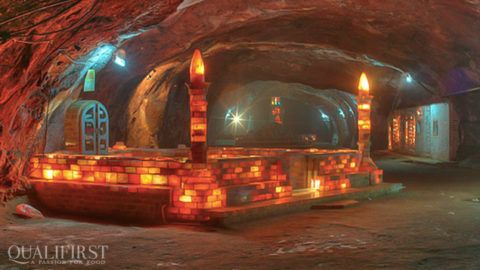 Here is a Pink Salt Mosque inside one of tunnels of the Khewal Salt Mines.
This mine produces the “ Pink Himalayan Salt” as well as white and clear salts. The pink colour comes from mineral impurities in the salt, specifically iron oxide.

The health claims associated with this salt have never been proven but the heavy mineral load of the salt makes this salt a bona fide source of a number of minerals. Polyhalites, however, are an evaporite compound (salt left by the evaporation of an old sea …) and basically rock.

Sulfur is often lionized as the healthy element, so you should bathe in Pink Himalayan Sea Salt … but as one study elegantly points out:

That said lots of people claim it works and it tastes great. Looks great too. It’s salt 😉

The weird and wonderful Alaea Pink Salt from Hawaii.

This reddish salt owes its colour to the iron oxide in the clay from the island of Hawaii.

Used for ritual purification ceremonies in the Hawaiian Islands for tools, canoes, homes, & temples, Alaea salt is used for Kalua Pig and Poke, both traditional foods from Hawaii. Unfortunately today most Alaea Salt is made in California and is not authentic from Hawaii. Sad but true.

Aka Maras Salt is worth mentioning, pinkish because of contaminants when dried. High in the Andes mountains of Peru (3,380 meters high to be exact …) in the Urubamba Valley, a hypersaline spring (this means loaded with salt …) flows into terraces at Maras, that act as salt pans. These pools produce Maras Salt during the dry season (May to November). Harvested for over 2,000 years, this salt is prized in the area and harvested in communal, family-owned pools by over 300 families. 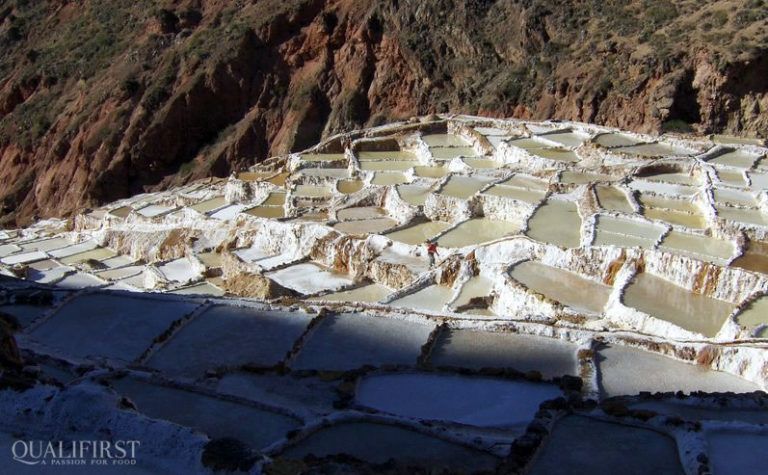 In Australia, “Murray River Salt” is made from another hypersaline spring, this one emerging near Hattah in Northwest Victoria in Australia. Naturally pink due to the mineral load of the spring water saline, this salt does have an international reputation with Chefs.

Kala Namak Salt from India is actually black salt, but when you grind it fine it is a beautiful pink. The base salt is mined from various salt mines in Northern India, Nepal, and Pakistan but the actual Kala Namak Salt is man-made by adding to local salt a number of sulfur based compounds, organic ingredients, and charcoal, then cooking it. The sulfur compounds give the resulting salt compound a characteristic, pungent, egg-like aroma. The pink colour comes from a iron oxide called Greigite which is common to the final condiment. Technically this is a cooked condiment erroneously called a salt.

Pink Curing Salt is a useful, man-made salting or curing mixture. Sometimes called “Prague Powder #1” (6% Sodium Nitrite) or “Prague Powder #2” (6% Sodium Nitrite plus added Sodium Nitrate), this salt is tinted pink to make sure it is not confused with real salt. It is used in the sausage industry and meat curing industry. If you want to cure your own bacon, this is what you would use (If anyone wants the info to make your own bacon, feel free to ask). Pink Curing Salt is specifically used to stop the development of mold, fungi, and bacteria in meats, such as Botulism, so it is an important food preservation technique.

There are tons of flavoured salts in the marketplace that should be avoided.

The key is looking for naturally infused Sea Salt with non-chemical infusing agents and without added colouring agents.

I hope that this exploration into the world of Pink Salts has been educational and eye-opening.

Next week we will move from “Pink” to “Green” as we discover the Reality of Quality and talk about Green Tea, specifically Green Matcha.