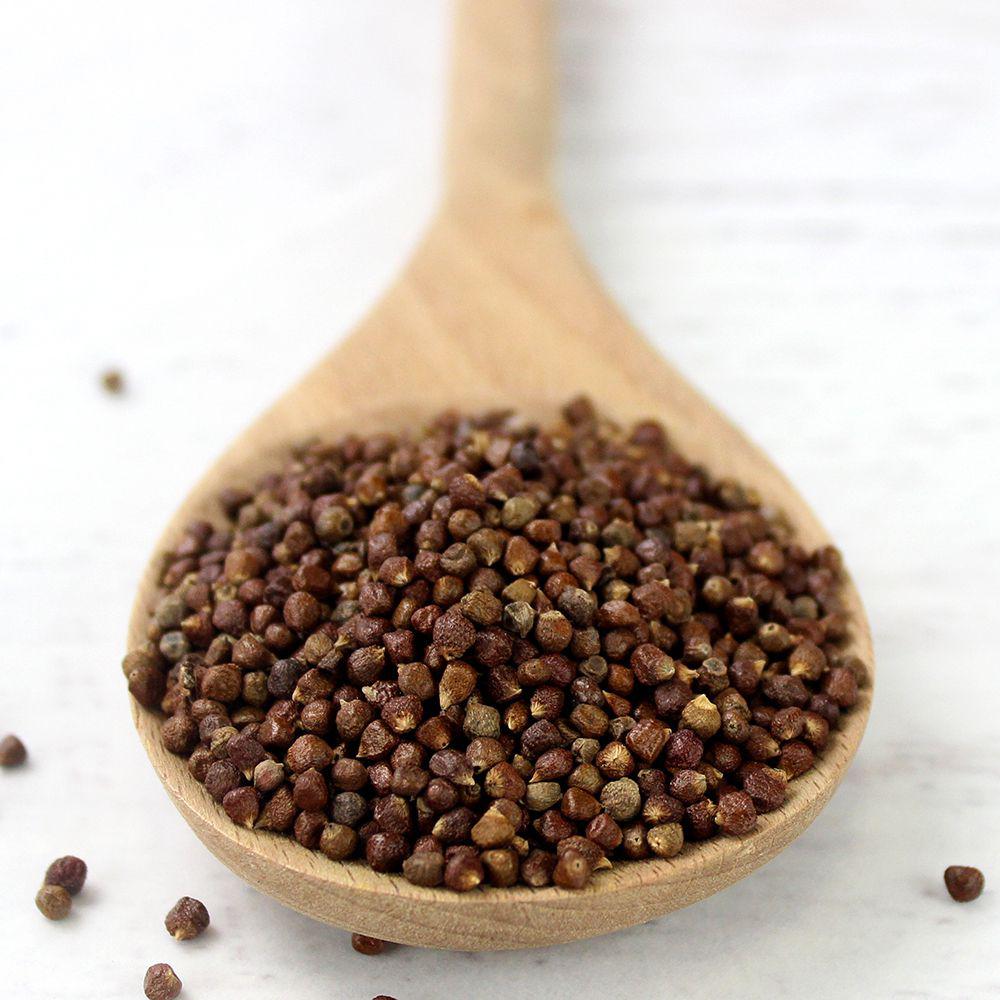 Also known as Grains of Paradise, Medieval traders called them that as a way to inflate the price claiming that these peppery seeds grew only in Eden! They are brown, pungent, peppery flavour with hints of citrus and wood with a mild, pleasant heat. Paradise Seed Pepper is used by craft brewer Samuel Adam's to flavour summer ale and can be used just like black pepper in cooking and would make an interesting addition to chutneys or fresh salsas for fish. Exotic addition to chocolates or ice cream.